Environmental DNA (eDNA) is the trace genetic material that all animals and plants leave behind in their environment in the form of skin cells, mucous, faeces, etc. For aquatic species, eDNA can be extracted from water samples and screened for the presence of the target species using specific DNA markers. The main advantages of the method are that detection is not dependent on seeing or hearing the animals – greatly reducing sampling costs – and it is able to detect low numbers of individuals (e.g. rare species or early incursions of invasive species). This means that monitoring programs can be conducted rapidly, at lower cost and across a large range of locations, and field sampling can be undertaken by non-specialists including Indigenous rangers and citizen scientists. The goal of this research was to develop and utilise eDNA techniques to improve monitoring of key species in northern Australia.

Fieldwork is expensive and laborious, especially in remote northern Australia. Traditional sampling equipment may be expensive and require expert training to operate or be difficult or impossible to deploy. Our eDNA methods overcome these challenges as they do not require specialised training or equipment and can be conducted rapidly. As a result, sampling can be more frequent and widespread, providing much more data on the occurrence of aquatic plants and animals and leading to more effective management of key threatened or invasive species. This research has refined eDNA methods so that collecting a water sample can be as simple as filling a tube with water rather than filtering water on-site or needing refrigeration. Photo: Northern Australia Environmental Resources Hub.

The DNA preservative strategy we developed enables field sampling by simply filling a tube or bottle containing the DNA preservative. We proved that this method was time- and cost-effective, and even more robust than filtering large volumes of water. For example, we were able to detect eDNA from a small remnant population of an endangered rainforest frog 20 km downstream from where they live. In addition, we detected Irwin’s turtle eDNA in the lower Burdekin River, at sites where they had not been seen for >30 years. This field method also increased engagement with Indigenous ranger groups and other non-specialists for sample collection. Given that Indigenous rangers work on their Country year-round, simple and effective field methods allow them to include eDNA sample collection in their usual schedule of activities. The ‘user-friendly’ field methods allowed fieldwork to be undertaken by collaborators in the Torres Strait Islands, north Queensland, the Northern Territory and Western Australia. In the Torres Strait Islands, Indigenous rangers collected samples at permanent waterbodies in key islands that are at risk of cane toad and pest fish incursions. Similarly, three Indigenous ranger groups from Western Australia’s Kimberley region – the Balanggarra Rangers (Adolphus Island), the Nyikina Mangala Rangers (Fitzroy Crossing, mid-west Kimberley) and the Paruku Rangers (Lake Gregory, south-east Kimberley) – collected water samples to screen for cane toads. For threatened species, one Indigenous ranger group (Anindilyakwa Land and Sea Rangers, Groote Eylandt) and one community group (Mimal Land Management, central Arnhem Land) in the Northern Territory collected samples for detection of largetooth sawfish eDNA at areas where there was anecdotal evidence of the species’ presence. In Queensland, Traditional Owners from the Urannah Properties Association aided and participated in sample collection for detection of Irwin’s turtle whose core habitats are under threat from a large dam proposal.

We also engaged with government agencies, such as Biosecurity Queensland, the Queensland Department of Natural Resources, Mines and Energy and the Northern Territory Department of Environment and Natural Resources for eDNA sample collection for detection of tilapia and snakeheads (both pest fish), Irwin’s turtle and the invasive aquatic plant Cabomba caroliniana, respectively. The results of these case studies have assisted managers, Indigenous ranger groups and Traditional Owners to manage these species on their land and in their waterways in northern Australia. 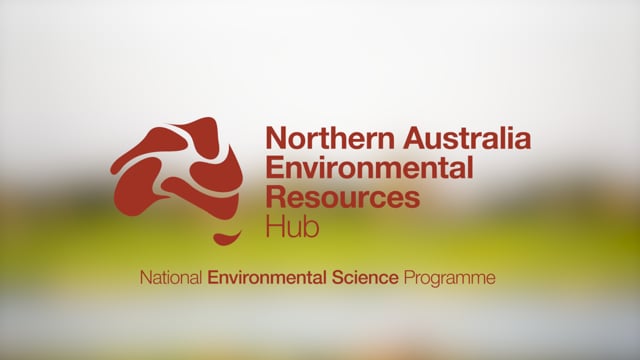 eDNA detection of snakehead in the Barron River (report)

Can environmental DNA be used to detect first arrivals of the cane toad, Rhinella marina, into novel locations? (scientific paper)

Development of an eDNA assay for fanwort (Cabomba caroliniana) (report)

Development of an eDNA assay for cane toad (report)

Development of a revised eDNA assay for tilapia (report)

The project was led by Professor Damien Burrows  from James Cook University (JCU). He was assisted by other researchers at JCU, The University of Western Australia, Charles Darwin University, Griffith University and CSIRO. Scientists are using an innovative technique to detect endangered frogs a long way downstream from their mountainous, tropical homes in […] Getting the jump on cane toads Monitoring the endangered, the invasive & the ugly with eDNA In northern Australia, detecting aquatic species can be difficult, labour-intensive and expensive, due to factors such as remote locations, expansive […]